Click on any photo below to enlarge and to learn more about the image.

Fall Branch Falls–property owners no longer allow access to the seventy-five feet waterfall. The Morgan family had a mill at the top of the falls.

Farmland in the Washington College area of the county

Douglas Shed School, near Gray was in operation by the mid 1870’s. It was later known as Evening Star School and was closed in 1932. (building no longer on the site)

Harmony School was built in 1939 and had only four rooms.

Doors on an old store in Fall Branch. 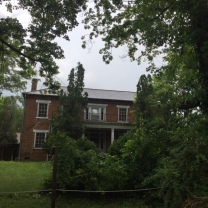 The Byrd Brown House is located in the Lamar community. The home was built in 1839. Byrd Brown was the grandson of Jacob Brown, Sr., one of the earliest settlers on the Nolichucky River. 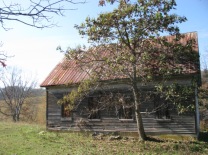 Jackson School off A. A. Deakins Road, near Bethany Church, Gray. The school was closed in 1933 due to declining enrollment.

Harmony Grocery was built in 1909 by J. H. Cox and Monroe Fulkerson for 50 cents a day wages.

Mitchell Springs School in the Harmony Community was in operation from 1894 – 1939.

Washington County Poor Farm Building (no longer in use)

Thanks to Callie Ruble for sending this photo of the Adam Alexander Broyles home, located in the Broylesville Community. Most likely built in the 1840’s, it has been placed on the National Register of Historic Places. 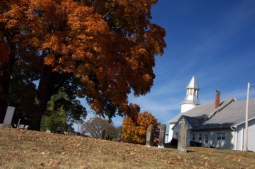 Knob Creek Church of the Brethren

Buffalo Ridge Church, built in 1778 was the first Baptist Church in Tennessee and stood on this site. The first pastor was Tidence Lane who organized the church. 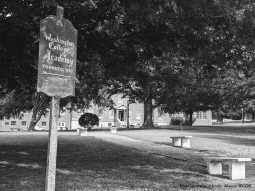 Thanks to Jennifer Moore for this photograph of Washington College Academy, 2021. Founded in 1780, this is the oldest school in Washington County. 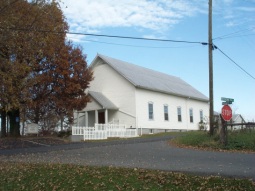 Pleasant Valley Church of the Brethren

The Girls Dormitory at Washington College Academy was built in 1842, remodeled in 1962 and is now known as Harris Hall.

On the left, the Squibb’s Jubilee Farms around 1945.  Corby Ward lived in the house at the time.  We found the photo in our files, as exhibits in a case, probably an auto accident.  The photo on the right is the same area and the scene is largely unchanged!

The photos above show the Fall Branch Falls, located between US-93 and the Old Horton Highway (also called Baileyton Road) in Fall Branch.  The Morgan Mill was built by Gabriel Morgan in the early 1800’s and was in operation for over a hundred years.  It was torn down in the 1940’s.  The photo on the right shows the falls in 2008.

Back to Photo Gallery