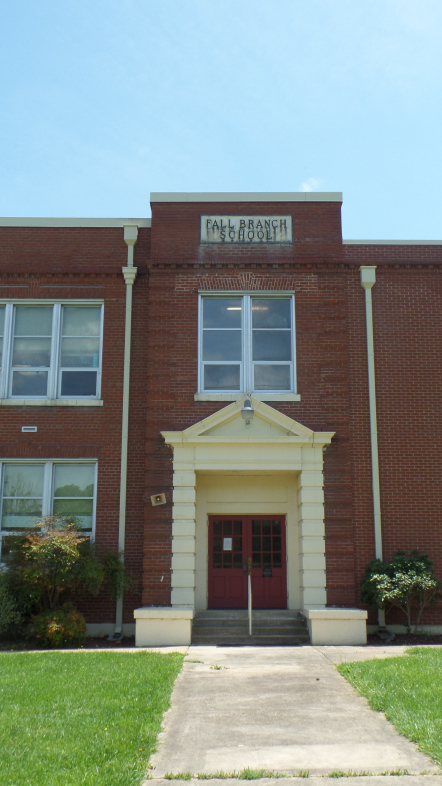 Fall Branch School began as the private Fall Branch Scientific Institute in 1842.   Unusually for a private school of that era, it served both male and
female students.  The core of the current building was a two-story brick
structure finished in 1902 and renovated and added to over the years.
The school was one of the county’s original public high schools
(including grades 1-12) and operated until 1971 when the consolidated
Daniel Boone High School opened.  Thereafter, it served as an area
elementary school, housing grades K – 8.